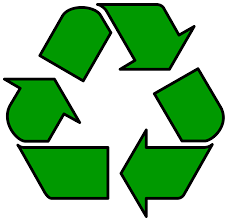 Before you read this article, let’s take a look at how much knowledge you currently have about recycling. Read the three bullet points below and see if you know which of these facts about recycling aluminum cans is true?

Did you pick the first bullet point, or the second or the third? Whichever fact you selected, you were correct, because all of the facts above are correct. And from these three simple facts you can already see the importance and positive effects of recycling.

For a large number of people in the United States, when they hear the word “Recycling”, the first thing they think of is the third “R” in the “Reduce, Reuse, Recycle” slogan that they learned in grade school. But most people probably do not know the background of recycling and personally I never understood what recycling was or why it was important, all I knew was that there was blue bin for recycling that was separate from the trash for the landfill.

In the simplest of terms, recycling is the process in which waste is converted into “new” reusable materials. Rather than throwing all solid waste into one large pile, recycling allows people to separate unusable waste, such as food scraps, from recyclable waste, water bottles or paper. The major items that are able to be recycled are paper, plastic, glass, metal, cardboard and even electronics. In some scenarios it is expensive to take a recycled material and transform it back into it’s original form, for example taking recycled paper and turning it back into new paper, so it may be used for another purpose.

In order to understand and learn more about the process of recycling, we are going to look at a few specific pieces of recyclable materials and see the journey they go on. Take a piece of paper, for example. You are at the printer and accidentally print one too many copies of your homework, so you recycle the extra copy. Once that recycling reaches the waste management facility, like the Lycoming facility we visited on our class trip, the waste is separated by type, paper with paper, plastic with plastic, etc. The paper is then mixed with water and chemicals in order to break the paper down. Next the wet paper mixture is chopped up and then heated to break the paper down into even smaller strands of cellulose, which is a type of organic material from plants. The mixture of cellulose strands is referred to as “pulp” or “slurry”. The pulp is then strained through multiple screens to prevent lumps of glue or plastic from the original paper. Finally the “paper” is de-inked, then bleached and mixed with water. This mixture is the mixture used to make new paper, so this mixture is used to make “new” recycled paper. According to the Environmental Protection Agency (EPA) paper is able to be recycled between 5 and 7 times before the fibers become too weak to construct paper. The diagram below shows you the entire process, for a newspaper, from the production of the original paper to through the steps for recycling.

You may be wondering if recycling that one piece of paper actually makes a difference, so lets take a look at paper recycling in the United States. One stark statistic that should impact you is that recycling one ton of paper, about 2000 pounds, saves 17 trees, on average. In 2009, about 63.4% of all paper used in the United States, about 53.5 million tons, was recycled, which saved 909,500,000 trees. In recent years, the use of paper has declined but the percentage of recycled paper is still growing slowly, and to me that seems pretty successful.

Now let’s take a look at a process that is slightly more complex: recycling glass. Recycled glass bottles or containers are taken to glass treatment plants, where the glass is cleaned and sorted by color. Next the glass is crushed into incredibly small pieces and melted down in 1000-degree F heat in order for easy molding. This “liquid” is then molded or mechanically blown into “new” glass products. While this process may not seem like more or less work than the paper process, the major difference in the glass example is the cost. When we visited the Lycoming facility, we were told glass is rarely recycled into new materials because it is too expensive, but let’s take a look at some concrete numbers and see if this is the case.

Overall there has been a major debate about whether or not recycling is worthwhile due to many factors, mainly the cost and the impact on the environment. For example in New York City, recycling of glass, plastic and metal cost $240 per ton, which is almost twice as much as it costs to simply throw those materials away. Obviously for some cities this cost will vary depending on the number and location of landfills, the cost of labor and the actual recycling process.

While some people want to stop recycling due to the cost, others support recycling because of its positive impact of the environment. Landfill sites release an increasing amount of greenhouse gases and harmful chemicals, so recycling reduces this pollution by decreasing how much waste enters the landfills. In addition recycling allows for less usage of raw materials, which in turn reduces the amount of deforestation and habitat destruction. Using raw materials also requires large amounts of energy, while recycling uses much less energy. In terms of new raw materials versus recycled materials, the environmental costs are very important. Producing recycled paper produces 73% less air pollution than the production of paper from raw materials. When glass and plastic materials are thrown into landfills, plastic will take up to 500 years to decompose, while glass will never decompose, it can only be eroded.

In a 2013 report by the EPA, it was determined that since 1980 the number of people who recycle in the United States has increased, but there are still many things we can do in order to make recycling even more popular. In 1980, recycling and composting prevented 15 million tons of materials from being thrown into landfills. In 2013, this number jumped up to 87.2 million tons, almost 6 times the number from 1980. Preventing 87.2 million tons of waste from entering landfills stopped almost 186 million metric tons of CO2 from being released into the air, which is equivalent to removing 39 million cars from the road for a year, which is about 15.5% of all US cars on the road.

Now after reading this article you are probably wondering what you can do individually in terms of recycling to reduce your own material waste footprint. The first and most important step is to buy a recycling bin, if you don’t already have one. It may seem incredibly simple, and it is, but in the long run it is quite impactful. When you only have a trashcan, you will just throw everything in one big pile, but as soon as you have another bin for recyclables, you will think about what you’re throwing away and whether or not it is recyclable. Next, you should research the recycling rules and guidelines in your community. Some neighborhoods have curbside pickup, while others require you to bring your recyclables to locations throughout the community. For example, my cousins live in Michigan and they have curbside recycling for everything except glass in their town. They have to put the glass in a separate container and bring it to a sorting desk, mostly these are located near grocery stores, and they are given small monetary “rewards” for recycling their glass. The other important thing you can do, in addition to recycling, is buying recycled materials. Without people buying recycled items, there is no legitimacy given to the process of actually making these products. In most grocery stores, there are sections within the aisles of home supplies where the recycled materials are located, such as recycled paper plates or napkins. Finally the last thing you can do is spread the word about recycling and it’s importance. The next time you see your friend or family member throwing away an item that you know can be recycled, stop them and tell them why recycling is important. This will, hopefully, create a domino effect, with them going on to tell their friends and so on and so forth, until everyone is recycling. You read about the immense change from 1980 until 2013 in terms of recycling in the United States, so  2imagine what can happen over the next 30 years.

2 thoughts on “Why is Recycling Important”