“Scientific evidence for warming of the climate system is unequivocal.”

Throughout history the earth’s climate has undergone tremendous change.  There are two distinct stages that accurately characterize earth’s climate:  greenhouse and icehouse.  During a greenhouse stage, there is little to no, permanent ice on both the south and north poles.  Warm temperatures are also found at high latitudes.  An icehouse climate is characterized by cool temperatures, cold enough to sustain large ice sheets at both poles.  The planet has transitioned between these two phases only a few times over the past 540 million years.  The most recent of these changes took place during the Cenozoic Era, which was approximately 56 million years ago.  It its extremely important that we have a brief understand of the history of earths climate; in order to analyze current evidence supporting global warming and climate change as an issue.

In the last 650,000 years there have been seven cycles of glacial advance and retreat, with the abrupt end of the last ice age about 7,000 years ago.  This marks the beginning of the modern climate era and of human civilization.  We currently inhabit an icehouse earth, comparatively colder to other periods in earth’s history.  However, just because the planet was warmer in the past, does not mean that we should ignore modern climate change.  Studies show that there are a few key factors that contribute to climate change.  The current trend of warming is particularly worrisome and significant because it is it occurring at an unprecedented rate not seen in the last 1,300 years.  It is also very likely occurring because of human activities, which is very concerning.  Very small variations in Earth’s orbit, change the amount of solar energy our planet receives, which in turn contributes to climate change.

Many chemical compounds in Earth’s atmosphere behave like greenhouse gases.  Many gases are naturally occurring while others are synthetic and man made.  Carbon dioxide and other greenhouse gases have a heat trapping nature. They allow direct sunlight to reach the earth’s surface.  As the shortwave energy (direct sunlight) heats the surface, longer-wave (infrared) heat energy is reradiated to the atmosphere. Greenhouse gases absorb this energy, which allows less heat to escape back to space, and traps it in the lower atmosphere.  Their propensity to affect the transfer of infrared energy through the atmosphere is the scientific basis of many studies and arguments that, increased levels of greenhouse gases cause the Earth to warm in response.

Atmospheric concentrations of both the natural and synthehtic gases have been rising at an alarming rate over the last few centuries due to the industrial revolution. Also, as the global population has increased; our reliance and use  of fossil fuels has increased.  Therefore emissions of these gases has increased.  Even though carbon dioxide is naturally  occurring in the atmosphere, our interference with the carbon cycle through burning forest lands,mining and fossil fuel consumption.  We are artificially manipulating carbon from solid storage to its gaseous state (sublimation).  This increases atmospheric concentrations, which contributes to  global warming.

Sea-level rise is a result of increasing quantities and concentrations of greenhouse gases in the atmosphere and the subsequent changes in the global climate.  The rise in sea level is caused by primary two main factors due to the earth’s warming.  Firstly, as seawater warms it expands.  In other words, this leads to an increase of ocean volume, through the process of thermal expansion.   The water now takes up more space in the ocean basin and sea levels rise as a result.  Secondly, due to the added water from melting ice sheets, glaciers, and land ice.  More water is now added to the ocean.  This rapid increase poses huge detrimental environmental effects.  Such as, costal erosion and flooding of low lying areas.   The rise in sea level also contributes to saltwater intrusion into aquifers, deltas and estuaries.  This change damages coastal ecosystems, water resources, and settlement areas.

Temperature averages are one of the most citied sources of evidence for global climate change. According to NASA’s Goddard Institute for Space Studies, in recent decades with most occurring the 1970s, the average temperatures have risen over 0.8 degree Celsius around the world since 1880.  Studies conducted by the  United Nations’ Intergovernmental Panel on Climate Change (IPCC) reports that 11 of the past 12 years are among the dozen warmest since 1850.  This indicates that rate of warming is occurring at an alarming rate.  The 20 warmest years having earth has ever experience occurred since 1981.  All 10 of the warmest years occurring in the past 12 years.  Despite, a solar output decline  in the 2000s, surface temperatures continue to increase.  This decline resulted in an unusually deep solar minimum in 2007-2009.  However temperatures seemed to keep rising.

The warming trend that is apparent and confirmed by events such as the melting of mountain glaciers on every continent. Reductions in the extent and total area of snow cover.  Plants now are blooming earlier in spring due to recent warming. A shorter ice season on lakes and rivers has been observed.  The ocean heat content has also increased. Reduced ice levels in the  arctic sea, and rising sea levels are indicative signs of climate change and warming.

“The oceans have absorbed much of this increased heat, with the top 700 meters (about 2,300 feet) of ocean showing warming of 0.302 degrees Fahrenheit since 1969.8”- NASA Global Climate Change

The ocean covers 70% of Earth’s surface, a tremendously large surface area.  However, because the Ocean is so large, it plays a big role in absorbing heat energy and distributing it evenly around Earth.  The ocean also soaks up large quantities of CO2. As the planet warms, the ocean gets most of the extra heat energy.  The ocean is an excellent absorber of excess heat from the atmosphere.  Interestingly, the top few meters of the ocean store as much heat as Earth’s entire atmosphere! So,  therefore as the planet warms, it is inevitable that ocean will also heat up.  However, if the ocean becomes too hot, it will become inhospitable to the plethora of species of fauna that inhabit the seas.  The leads to a loss of biodiversity through habitat destruction and food chain disruption. The ocean is also  great at absorbing CO2 from the air . Studies indicate that the oceans absorb about one-quarter of the CO2 that we humans create when we burn fossil fuels such as oil, coal, and natural gas.  If we didn’t have the oceans to absorb excess CO2 we would be in an even more dire situation.

A new study by NASA and university researchers, has show that warmer ocean waters are melting the undersides of Antarctic ice shelves.  The increasing temperature of ocean waters are responsible for most of the continent’s ice shelf mass loss.

Data from NASA’s Gravity Recovery and Climate Experiment show Greenland lost 150 to 250 cubic kilometers of ice per year between 2002 and 2006.  Antarctica lost about 152 cubic kilometers of ice between 2002 and 2005.  These are extremely shocking figures that indicate our ice sheets are shrinking rapidly.  Both Antarctica and Greenland are losing ice sheet mass extremely quickly.  Data from NASA’s Grace Satellite show that Antartica has already lost134 billion metric tons of ice since 2002.  While, Greenland’s ice sheets have been losing approximately 287 billion metric tons per year. 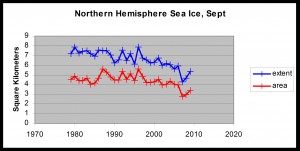 Glaciers, are dynamic nature, responding to climate variation, revealing the effects and evidence of climate change.  According to The World Glacier Monitoring service, Glacial retreat is occurring throughout the world.  It is happening in areas such as the Alps, Himalayas, Andes, Rockies, Alaska and Africa!  But why are they melting?   The retreat is due to serval factors, such as increasing summer temperatures and a sharp reduction in the winter snowpack.  The snowpack is essential in forming and maintaining the glaciers.  The mean average annual temperature has increased. Spring and summer temperatures have also increased.  This causes an earlier snow melt during the summer. Additionally, rain has taken place as he dominant form of precipitation rather than snow.   As a result glaciers have continued to shrink, indicating that the snowpack is not adequate to counteract the temperature changes and preserve the integrity of the glacier.

Studies conducted by the National Snow & Ice Data Center have indicated that not only the extent but also the thickness of Arctic sea ice has declined rapidly over the last several decades.  “In summer months, ice extent has declined by more than 30 percent since the start of satellite observations in 1979. ”

The increase of CO2 levels are huge driving factor in the reduction of Arctic Ice.  There is a  clear and plausible correlation between increasing CO2 levels and decreasing sea-ice.  Previous research showed a relationship between sea ice decline and global warming.  However, most of those studies focused on climate models, which explains the results of the study.  However a new study that was conducted provides independent confirmation that sea ice is declining because of human caused climate change. 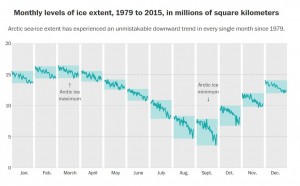 The number of record high temperature events in the United States has been steadily rising.  The number of record low temperature events has been decreasing, since the 1950s. The U.S. has also experienced increasing numbers of extreme weather incidents, such as extreme rainfall events.  You may be wondering,  how extreme weather and global warming are related?   One result of global warming and increased temperatures is an increase in both ocean evaporation into the atmosphere, and the water  vapor capacity of the atmosphere.  Increased levels of water vapor in the atmosphere; create conditions more that facilitate heavy precipitation in the form of intense rain and snow storms. 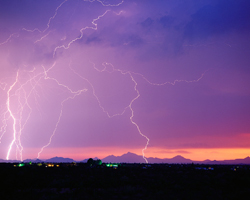 Acidification of The ocean

What is acidification? Chemical reactions occur when carbon dioxide comes into contact and is absorbed by seawater.  When CO2 is absorbed the result is reduced seawater pH, carbonate ion concentration, and saturation states of biologically important calcium carbonate minerals. These chemical reactions and changes that occur are defining factors of the acidification process.   According to the PMEL Carbon Program, since the beginning of the Industrial Revolution, the pH of surface ocean waters has fallen by 0.1 pH units.   This represents an 30% increase in acidity. This is the result of human activity. We are increasingly emitting more carbon dioxide into the atmosphere.  Therefore more is being absorbed into the oceans. Studies suggest that the amount of C02 absorbed by the uppermost layers of the oceans is increasing by about 2 billion tons per year! Quite an alarming figure that really puts into perspective the severity of the issue.

3 thoughts on “What is some of the most convincing evidence for climate change?”